Ascend is pleased to offer these resources to the growing two-generation field. We kindly request that you attribute Ascend’s work by citing the publication referenced. Please email ascend.info@aspeninstitute.org with any questions. Thank you!

Ascend at the Aspen Institute partnered with the National Voices Project to conduct a major national survey of adults who work and volunteer on behalf of children. The focus of the survey was on key components for two-generation approaches and barriers to economic security and serving two generations. November 2014.

Slides from Top 10 for 2-Gen: Principles for Action and Lessons from Bipartisan Polling Webinar Slides covering new exit-polling data about support for two-generation policies to lift families out of poverty. November 2014. 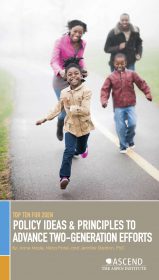 Six principles and ten specific policies policymakers can use now to guide the design and use of two-generation approaches. October 2014. 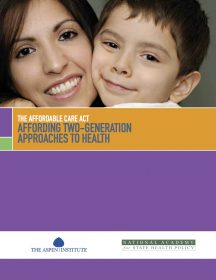 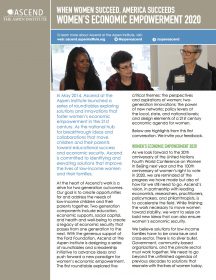 Brief from Ascend’s May roundtable with 50 local, state, and national leaders on women’s economic empowerment for 2020. July 2014. 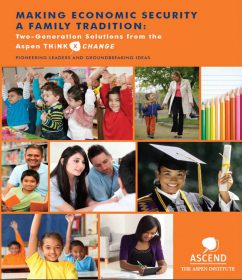