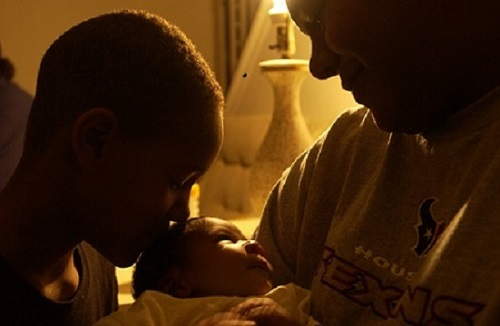 “Finding Fatherhood: New Hope for Families in Colorado,” a documentary film directed by Ascend Fellow Steve Liss and commissioned by Ascend Fellow Reggie Bicha (Executive Director, Colorado Department of Human Services), explores the human stories behind innovative programs in Colorado that offer support to fathers who have lost touch with their children, in part due to a lapse in providing child support. These programs work with fathers to find employment, enabling them to make child support payments, to reunite with their children and, ultimately, to lift their families out of poverty.

The film depicts the struggles of these fathers, their former spouses, their children, as well as the caseworkers who are working to provide them with a second chance at fatherhood.

National policies related to child support have traditionally focused on enforcement strategies. However, these strategies often have little impact, or at times have a negative impact, on the unemployed parent (for example, these policies might include placing a parent who doesn't have the means to pay child support in jail, or garnishing the wages of a parent who does not have a job). In Colorado, the two-generation approach that is being demonstrated in our child support system instead focuses on the family as a unit, regardless of marital status, and foremost provides the supports all parents need – employment services, peer support, parenting education – to re-establish vital relationships with their children.

As other state-wide human services systems consider opportunities to engage fathers more deeply in not just the lives of their children, but their own economic success, this film can serve as a call to action and a guide. Click here to watch a clip from Finding Fatherhood, which was featured on the Rocky Mountain PBS show “Colorado State of Mind.” The show won the Colorado Broadcasting Association’s Excellence Award for Best News Special or Public Affairs Special.