Footwork of the Ascend Network to Spur Impact 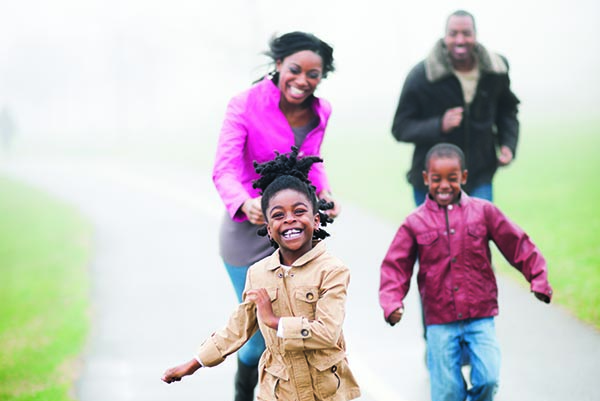 Social capital extends beyond the personal relationships we have with our friends and family, and includes our institutional relationships as well. This web of connections among institutions helps children and families thrive, regardless of economic background. It’s this vital network of supports that is a crucial component of the two-generation field. At Ascend at the Aspen Institute, social capital is both developed within and leveraged by the Ascend Network. As Network Partners, organizations have a powerful opportunity to to learn and connect with others around the country committed to identifying, developing, and implementing two-generation approaches. This Network is an important mechanism for the field to influence policy and practice. As the national hub for 2Gen approaches, Ascend strives to support the Network’s growth, identify opportunities for engagement within and beyond the Network, and bridge gaps in the field. With 58 organizations at its inception in 2013, the Network now includes over 190 organizations and touches the lives of over 3.5 million children and families.

As the Network evolves, Ascend listens to the demands of the field and Network Partners. Partnering with CAP Tulsa, one of the largest anti-poverty agencies in Oklahoma and one of the country’s leading two-generation programs, Ascend co-hosted the first-ever 2Gen Practice Institute to respond to a recent demand to convene experts on 2Gen program development, implementation, and scale. Held in late April 2017, the convening brought together more than 200 participants across various platforms to connect and support each other in 2Gen implementation.

From the rich dialogue of over 20 breakout sessions, participants shared details about existing tools and resources that they are leveraging already to help move families into economic stability. There were, however, requests for resources that are still needed to move the field forward. Through the Ascend Network and other partner organizations, Ascend is compiling these resources to revamp the 2Gen Toolbox to facilitate further learning, adoption, and scale of two-generation approaches. These tools include:

Ascend is also leading the development of 3-5 new tools for the field. It is noteworthy that Ascend is not starting from scratch, but building upon the existing resources and momentum in the field. With each partner in the Network, Ascend is accelerating the momentum of learning and scaling of two-generation programs.

Leila Sammander is a program coordinator at Ascend at the Aspen Institute.