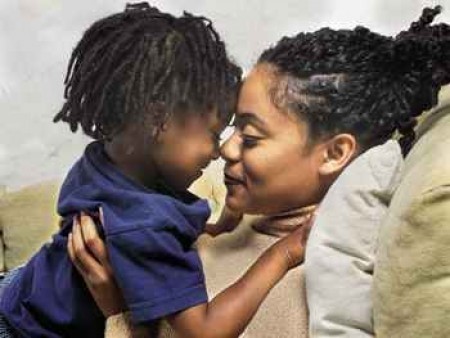 In the summer of 1967, Senator Robert Kennedy embarked on a historic trip to the Mississippi Delta to see whether the Economic Opportunity Act of 1964 was making a difference in the lives of poor Americans. At the time of Kennedy’s visit, Mississippi had one of the highest poverty rates in the country. Despite the efforts of innovative leaders and a commitment to advancing civil rights by many organizations, Mississippi continues to struggle fifty years later. Today, Mississippi’s poverty rate is the highest in the country at 22.6%, and 76% of Mississippi’s poor children live with single mothers. Yet, changes are underway. Mississippi is on the forefront of a national wave of two-generation solutions, implementing programs that will benefit both children and their parents and break the intergenerational cycle of poverty.

In the same spirit of Kennedy’s 1967 trip, my Ascend colleague Sarah Haight and I visited Indianola in the Mississippi Delta and Jackson, Mississippi for a progress report on the work of two Ascend Network Partners: Children’s Defense Fund – Southern Regional Office (CDF/SRO) and the Women’s Foundation of Mississippi. Under the stewardship of Oleta Fitzgerald, CDF/SRO is piloting a two-generation program targeting 25 African-American single mothers and their children. These families are part of the CDF/SRO Supporting Partnerships to Assure Ready Kids early learning initiative in the Promise Community of Indianola. Oleta and her team are expanding the program’s early learning home visiting program by adding case management tailored to each mother’s economic and educational needs and interests – such as access to postsecondary education, job training, and financial literacy. The program has exceeded expectations, receiving interest from the Mayor of Indianola and more than thirty women.

Earlier this summer, the Women’s Foundation of Mississippi released the report Securing a Better Future: A Portrait of Female Students in Mississippi’s Community Colleges. According to their findings:

Carol Penick also cited positive policy momentum in the Mississippi legislature around legislation that would require all colleges to develop a plan to work with mothers currently enrolled in college.

Robert Kennedy once said; “It is not enough to understand, or to see clearly. The future will be shaped in the arena of human activity, by those willing to commit their minds and their bodies to the task.” The future of two-generation solutions to moving families toward opportunity in Mississippi is being shaped by the important work being done by CDF/SRO and the Women’s Foundation of Mississippi.