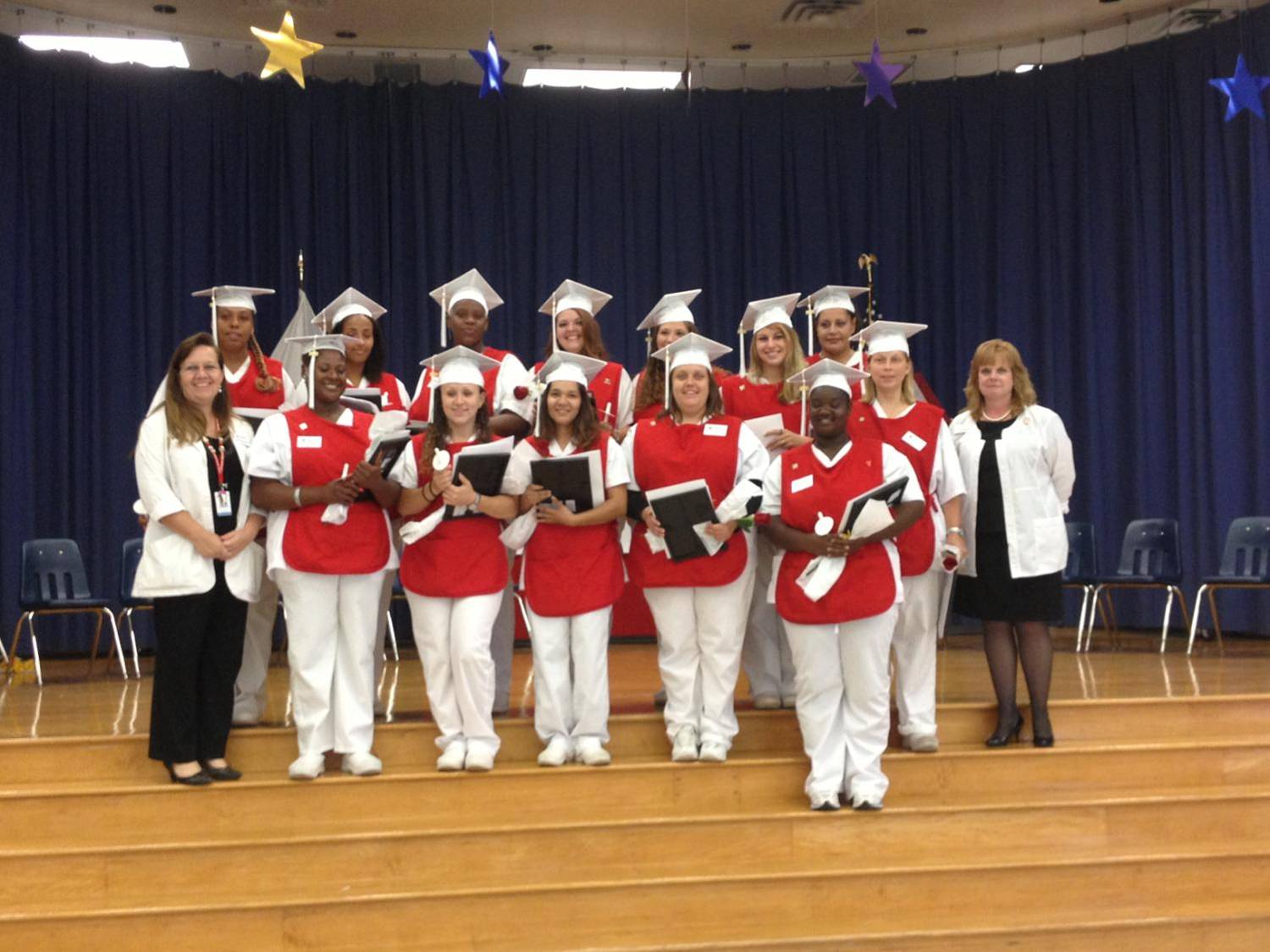 You don&rsquo;t often hear “Pomp & Circumstance&rdquo; in early August, but the familiar commencement music was a very moving sound last week as I watched 14 single mothers graduate from a rigorous seven-week Certified Nurse Assistant (CNA) training program in Sarasota, Florida &ndash; with their children, each holding a single red rose for their moms, sitting patiently in the front row.

My colleague Melanie Hudson and I had the privilege of attending the graduation at Sarasota&rsquo;s Alta Vista Elementary School, where each graduating mother has at least one enrolled child.&nbsp; Ascend at the Aspen Institute has been working closely with the Community Foundation of Sarasota County (CFSC) and the Alta Vista team to help make this graduation a reality. In March, after a series of briefings in the community on two-generation approaches, Alta Vista&rsquo;s visionary principal, Dr. Barbara Shirley, and a small team of social workers and foundation leaders partnered with the local American Red Cross to develop a two-generation pilot based at Alta Vista.&nbsp; The pilot includes a CNA training program, starting with a thorough screening process for literacy and math skills, for mothers whose children participate in the school&rsquo;s Eagle Academy, a summer education program for pre-K and kindergarten students.&nbsp; With support from CFSC, the mothers &ndash; some of whose previous jobs had included minimum wage positions in fast food restaurants and Dollar General stores &ndash; completed significant coursework, as well as clinical training hours, attended a weekly support group, and received vital assistance like access to a food pantry, all culminating in becoming certified nurse assistants. &nbsp;&nbsp;

The sacrifices that each mother made to participate in the training program were evident during the graduation &ndash; as one mother said, “We&rsquo;ve lost income and our cars have broken down&rdquo; &ndash; but so too were the rewards: each child wrote his or her mother a note of gratitude that was read during the awarding of certificates (leaving not a dry eye in the house).&nbsp; “Thank you so much for working so hard so we can have a great life,&rdquo; one wrote. &nbsp;&nbsp;And according to a social worker, a sense of mutual motivation between the mothers and their children developed throughout the summer, with mothers noting that their children practiced flashcards with them and talked with pride about their mothers&rsquo; studying.&nbsp;

The promise of better jobs with higher wages for the graduates was evident at Alta Vista.&nbsp; Local employers &ndash; primarily from hospitals and assisted living facilities &ndash; were present as part of a small job fair aimed at hiring these women as certified nurse assistants.&nbsp;

As we look to expand the opportunities for two-generation approaches like Alta Vista&rsquo;s to the state of Colorado, the community of Evanston, Illinois, and well beyond, it&rsquo;s hard to find a better advocate for solutions that support children and their parents together than the young girl who stepped onstage toward the end of the ceremony.&nbsp; “I am so proud of my mom,&rdquo; she said.&nbsp; “She is always studying and trying as hard as she can.&nbsp; I hope programs like this can continue so that other families can have better lives.&rdquo;