Post-Prison, a Story of Educating Two Generations At A Time 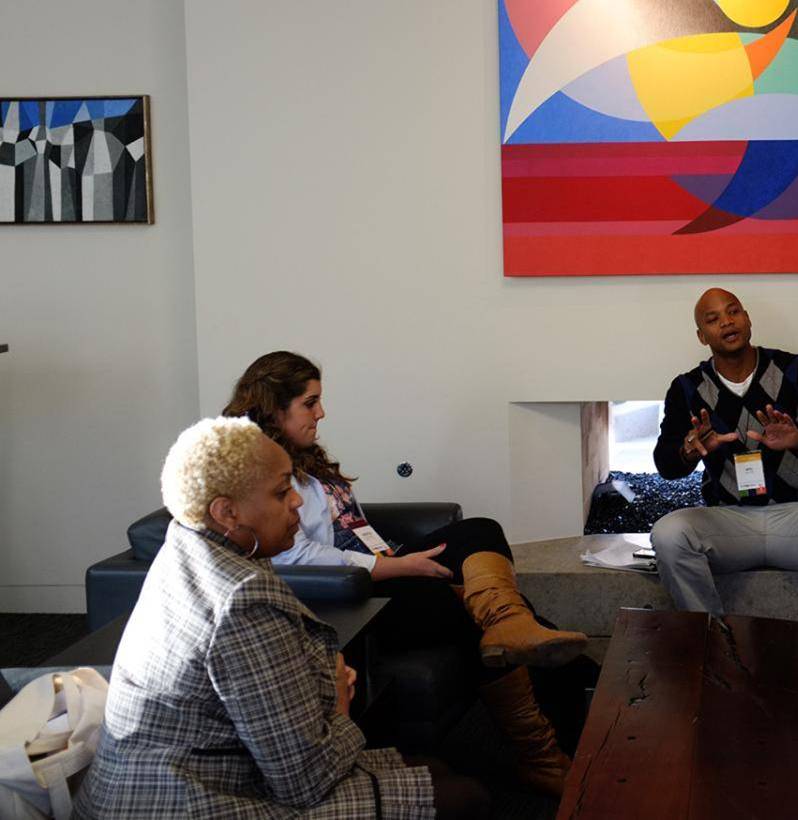 Leslie Campbell is second from right, above, at the Aspen ThinkXChange

In 1998, Leslie Campbell went to prison for two years after an abusive relationship with a person who was addicted to drugs. Prison separated her from her two-year-old daughter, but after release she decided to reclaim her lost hopes and dreams.  Leslie is a graduate of College and Community Fellowship (CCF), led by Ascend Fellow Rev. Vivian Nixon.  This blog is adapted from remarks Leslie gave at the Aspen ThinkXChange in October, 2012.

My intention was not to go to college, but a counselor saw something in me that I didn’t see in myself. Going back to school after 17 years wasn’t easy. It was a rough reunification with my daughter. One of the worst obstacles was when we became homeless. I was working full-time, I was going to school full time, all the while living in a homeless shelter. I wanted to quit but I didn’t. I stuck it out. A coworker introduced me to College and Community Fellowship (CCF). I just wanted a lifeline to cope with what to do with my daughter, but I found a community of women like myself who were doing some amazing things.  When I walked in the door, they had a theater group. They had a writer’s group. It just felt like I was home. Had it not been for the love, concern and support from my friends at CCF, I don’t know that I would have made it.

The day I received my Associate’s degree was one of the greatest in my life. The looks on the faces of my mother and daughter were priceless. I was no longer a failure. I had finished something I’d set out to do. It made me feel anything was possible. Besides working at CCF now, I belong to a leadership group. I am the mother of a very bright and talented 17 year old daughter who attends a magnet charter school in New York and a very busy 2 year old son. My story is proof of what CCF has known all along: that education works not just for individuals, but for families and communities as well.

As a result of attaining my degree, I have grown from a young woman without a plan for the future to a confident, mature, wise person with increasingly clear career goals. I’m no longer satisfied with a job. I have a career. I have a purpose. I’m no longer seen by society as a victim or a problem. I’m part of the solution.

If not for people helping me, I wouldn’t be where I am. It was a natural fit to give back. It resonates for me with my family, my community. My sister is going back to school now. I used to be the black sheep in the family and now I’m the go-to person.

For me, all this evidence-based teaching and rearing children, it’s hard in the moment when you’re living with them. If you remove the obstacles and you are not judgmental when you’re proposing these changes and assistance to people, that’s important. The women I’m working with who have children, it seems to be helpful when you don’t seem like the authorities or that you’ll turn them in. You have to build trust, be an ally, and you can’t come at families from a punitive point of view.