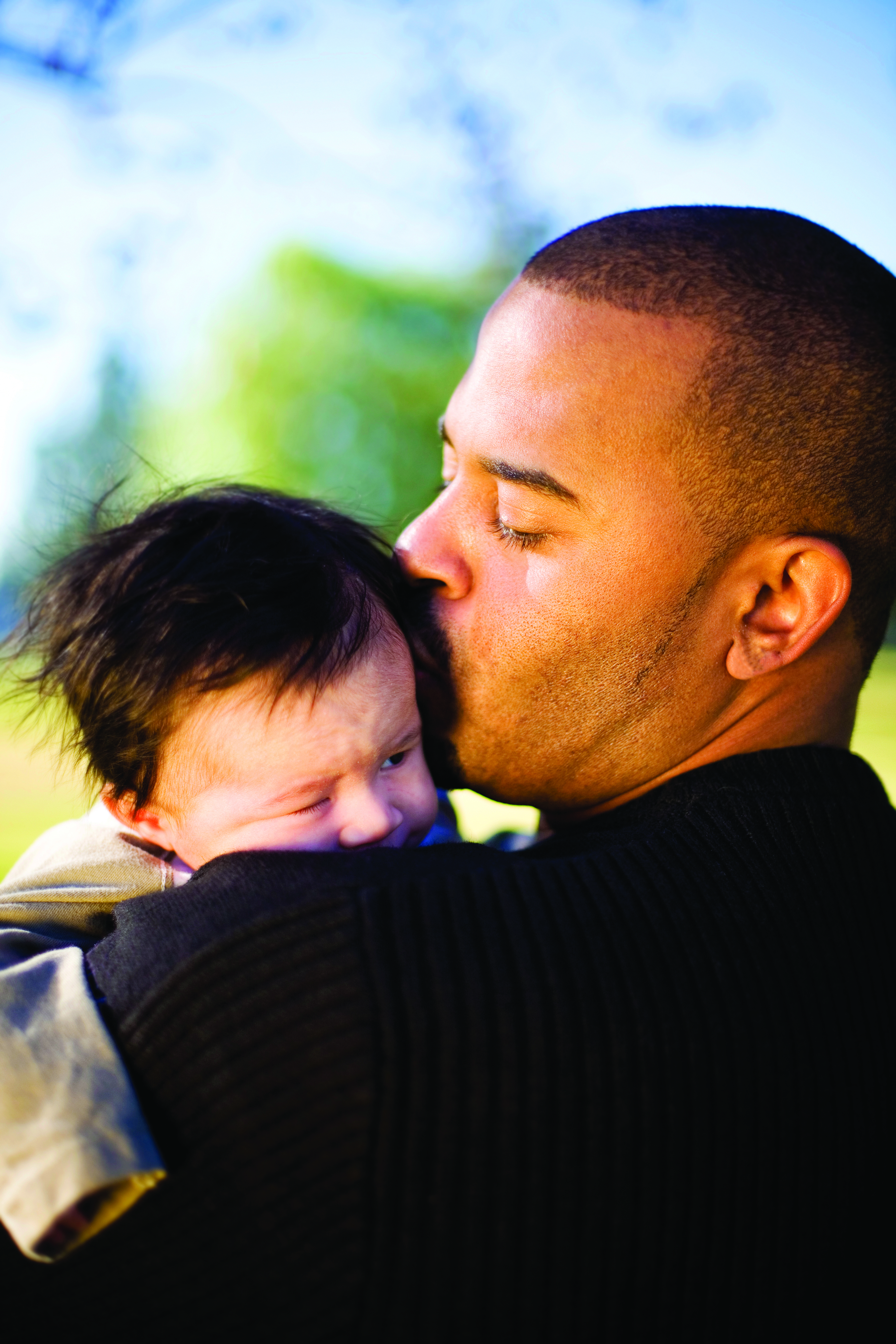 We began the Fatherhood panel by breathing. I closed my eyes and focused solely on the flow of my breath through my body. In, out, in, out. My mind centered on the present moment, ready to dive into a topic rooted deeply in the hearts of every person in the room.

The breathing exercise led by one of the panelists, Travis Spencer, Founder and Mindfulness Instructor at Life Sangha, may have seemed out of place – better suited for a meditation retreat than a conference on community resilience. But those short moments of magic laid the ground for an inspiring and authentic conversation around the importance of fatherhood.

The session, “Fatherhood,” moderated by Ascend’s Assistant Director for Network and Outreach, Sarah Haight, featured innovation and research changing the landscape of supports for fathers and families across the country, including

At the heart of the work shared was the concept Joe Jones calls “Responsible Fatherhood.” Each of the speakers noted that the fathers they encounter are deeply committed to supporting themselves and their kids. However, systemic barriers and lack of community education often present challenges to their ability to do so. The goal is to open doors for all fathers striving to be good dads through innovative programming, trauma-informed approaches, and revitalization – and in some case, reform of public policy.

How does equity factor into these practices? Significantly. The speakers spoke explicitly about the policies and institutions that have historically oppressed fathers and families of color. Bright spots like the second Bush administration’s Fatherhood memorandum opened doors for fathers across the US to be more supported in their engagement with their children. Nonetheless, funding for such programs did not erase the racial and gender inequities that have influenced the cultural and political narratives that shape these fathers’ lives. The Crime Bill of 1994 and the Quality Housing and Work Responsibility Act of 1998, among other public policies, deepened systemic inequity. Each panelist spoke to the importance of creating space to talk about racism and inequality in order to heal our past and create a better future.

Joe, Clint, Matt, and Travis bring unique perspective and deep expertise to their work. As the panel came to a close, it felt like the end of a meditation session. The audience left refreshed, centered, and committed to carrying justice for fathers and families forward.

BCR is a national movement based at The George Washington University Milken Institute School of Public Health. The national based in five regions across the country foster resilience against the stressors that can become toxic to a child’s development and long-term health by addressing systemic barriers faced by families and communities. As their work has evolved, they have developed tools, resources and messaging that help to foster understanding about the relationship between trauma, equity and resilience. To learn more about the movement go to go.gwu.edu/BCR.

Hallie Young is a program associate at Ascend at the Aspen Institute.