2Gen and ACE: Using the Survey for Whole Family Impact 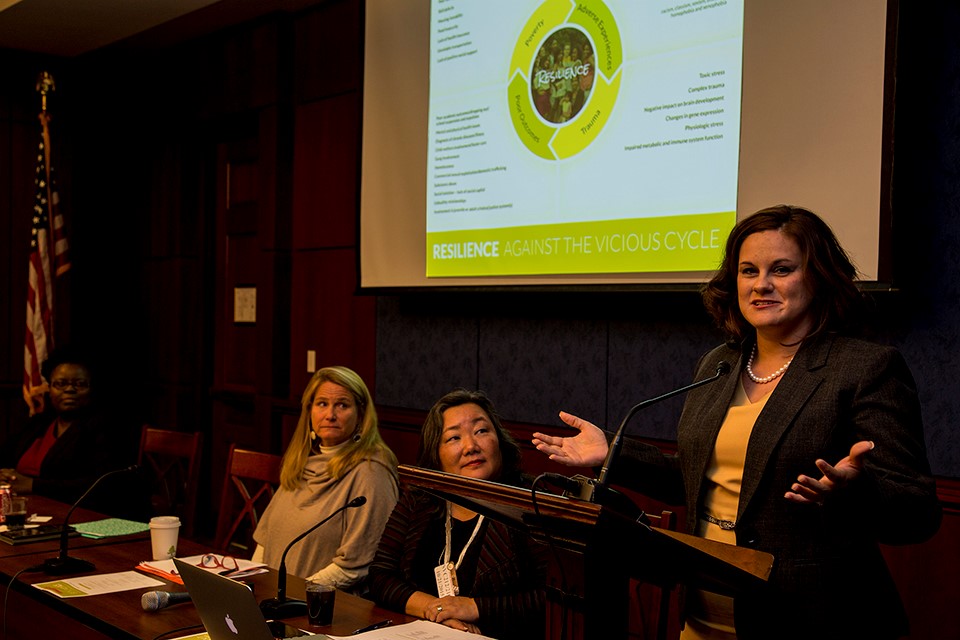 On October 21, 2015, The National Crittenton Foundation (TNCF) released the Adverse Childhood Experiences (ACE) Survey Toolkit. The toolkit was developed in partnership with Ascend at the Aspen Institute to equip human service providers with the tools and tips needed to administer the ACE survey.

The ACE Toolkit for Providers includes:

The toolkit comes on the heels of a growing body of research on ACEs, which reveals that traumatic childhood events such as abuse, neglect and household dysfunction can have lifelong implications on health and well-being.

We now know more than we ever have about the negative impact that childhood adversity and the trauma that results from exposure to adversity can cause over one’s lifetime. We have also seen firsthand the incredible resiliency, courage, and healing girls and young women are capable of in the face of such challenges. It is also clear that simultaneously supporting parents to heal from their own childhood adversities, while ensuring that their children get the best start possible in life, is one of the most powerful two-generation strategies. Using a two-generation approach increases the chance that parents and their children will break the intergenerational cycles of ACEs and the resulting negative outcomes. The ACE Survey Toolkit for Providers offers recommendations to assist organizations in administering the ACE survey in their organization, which can open the door for individuals to begin healing conversations and stronger interventions.

TNCF is the umbrella organization for the 26 members of the Crittenton family of agencies that provide services in 31 states and the District of Columbia. As part of our effort to help agencies better serve its families, TNCF developed the toolkit based on two robust pilot administrations of the ACE in 2012 and 2014. Administered by 18 Crittenton agencies in each of the pilots, the survey results confirmed that the scores of the girls and young women are very high as compared to the national CDC Study. In 2012, TNCF worked with Dr. Vincent Felitti, co-principal investigator of the original ACE Study, to administer the survey. In 2014, TNCF worked in partnership with leading ACE researcher Dr. Roy Wade Jr. at the Children’s Hospital of Philadelphia to administer a second survey to the same cohort of agencies. In the 2014 administration, a subset of participating TNCF agencies also asked questions about the girls’ well-being, focusing on areas of connection, coping, and stress.

To get a sense of how important it was that we administered the survey twice, here’s a snapshot of results from the 2012 round:

What did things look like two years later, with more detailed questions and a more nuanced understanding of the prevalence of high scores?

The difference in scores between girls and boys is meaningful: “I was shocked at how high the scores were for this population of girls, and it became clear to me that ACEs are normative for them,” says Dr. Wade. “This reality requires us to look more deeply at girls and young women with scores of 4 or more. During this study we learned that it is essential to look specifically at girls with ACE scores of 8-10 in order to ensure that we are meeting their needs and supporting their potential.”

We will be releasing a brief highlighting our 2014 Beyond ACE results and will host a webinar in early December 2015 for an interactive orientation of the ACEs Survey Toolkit and to share findings from the 2014 pilot administration. More information about the webinar will be provided on the TNCF website by end of November 2015.

And to learn more about the intersection of toxic stress, brain science, and Adverse Childhood Experiences with two-generation approaches, check out Ascend’s February 2015 webinar recording.

About The National Crittenton Foundation

Founded in 1883, The National Crittenton Foundation (TNCF) is the umbrella organization for the 26 members of the Crittenton family of agencies that provide services in 31 states and the District of Columbia. TNCF’s mission is to advance the self-empowerment, health, economic security and civic engagement of girls and young women impacted by violence and adversity. TNCF leads Crittenton’s national advocacy efforts, provides capacity building support to Crittenton agencies and co-operates with survivors a directed social support and social capital building program called BOLD (Bridging Opportunity, Love and Determination). TNCF also co-directs the National Girls Initiative of the Office of Juvenile Justice and Delinquency Prevention.

Photos by Robbert Madden courtesy of The National Crittenton Foundation