Filming for Change: On the Road with Two-Generation Innovators 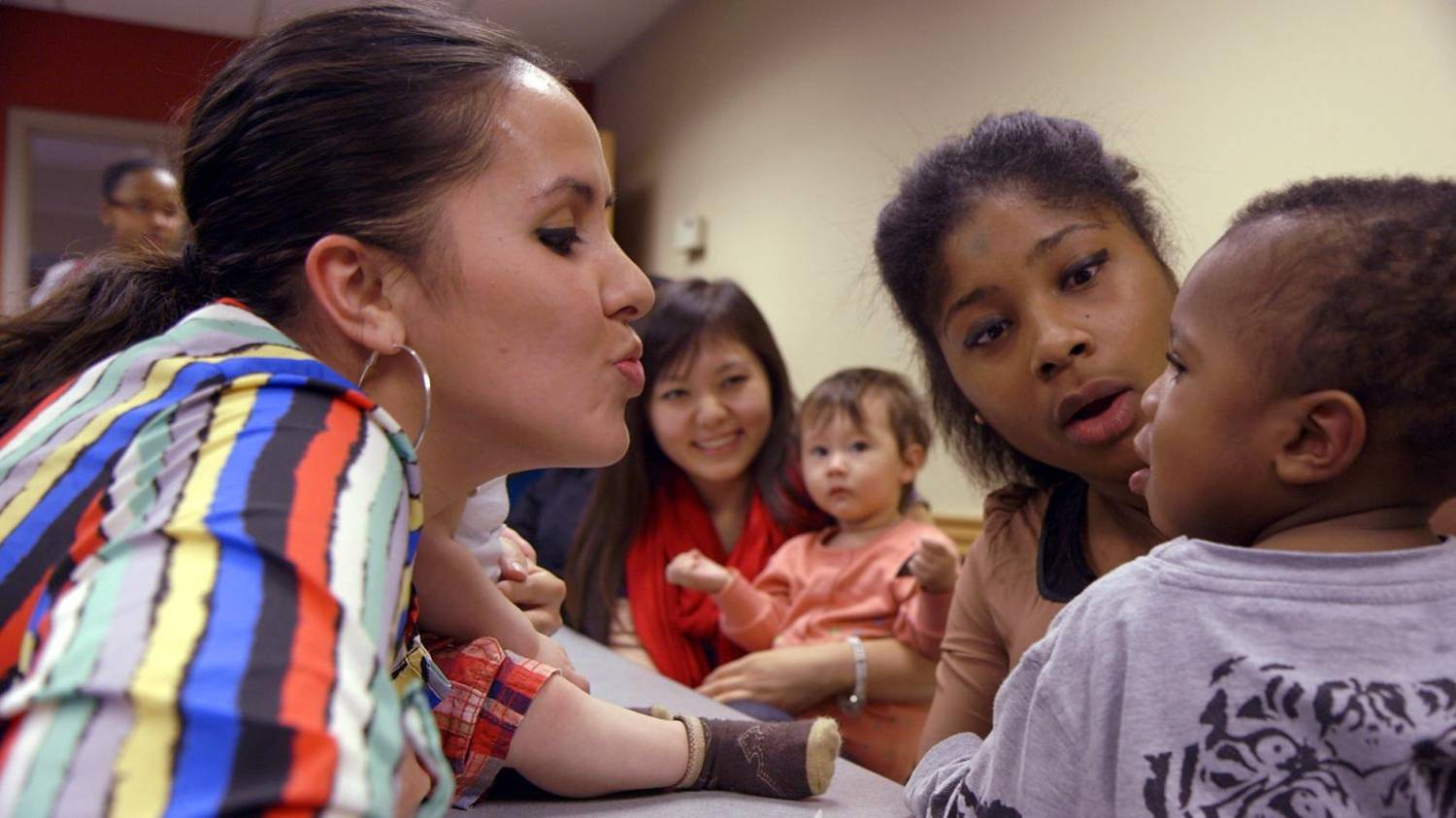 Mothers at Jeremiah Program in Minnesota

During the Great Depression, photographers created riveting images chronicling the desperation of the times. Pictures helped mold the nation’s collective memory and conscience. Seventy years later, the plight and potential of struggling families in our communities is often unseen and ignored, and photographers are once again jump-starting a national conversation about the issue of poverty.

In 2009 I founded the AmericanPoverty.org campaign, an alliance of photojournalists, writers, filmmakers, and educators using visual storytelling to raise awareness about American families living in poverty.  Together we have worked to dispel stereotypes and encourage actions that can create lasting impact and bring about a sea change in American attitudes toward the poor.

Over the past two years we have brought our photographs and multimedia to schools, galleries, libraries and town halls from New York to California. Our objective has been simple: to draw broad national attention to the lives of more than forty-six million of our fellow Americans who struggle daily to overcome poverty. The short films that I am introducing today, made in collaboration with Ascend at the Aspen Institute, identify examples of hope and progress – success stories about real people that will lead the way toward improving millions of lives.  By sharing these stories, we can help motivate others to work toward change.

The first video captures the story of the Jeremiah Program (pictured above), an organization proven to help single mothers and their children break the cycle of generational poverty.  Jeremiah provides single mothers and their children with a safe, affordable place to live, quality early childhood education, life skills training, and support for career-track education.  I had the privilege of following Ascend Fellow Gloria Perez, the President and CEO of Jeremiah, as she tracked the progress of students at the program’s two Minnesota sites and its new Austin, Texas location.

The second video focuses on the powerful impact of Acelero Learning (pictured above), co-founded by Ascend Fellow Henry Wilde.  The mission of Acelero Learning is to bring a relentless focus on positive family and child outcomes to close the achievement gap and build a better future for children, families, and communities served by the Head Start program.  Over the summer, I traveled with Henry and captured the transformational effects Acelero’s Head Start program is having on some of the families who participate in the program in Clark County, Nevada.