The Power of Families to Dismantle Poverty 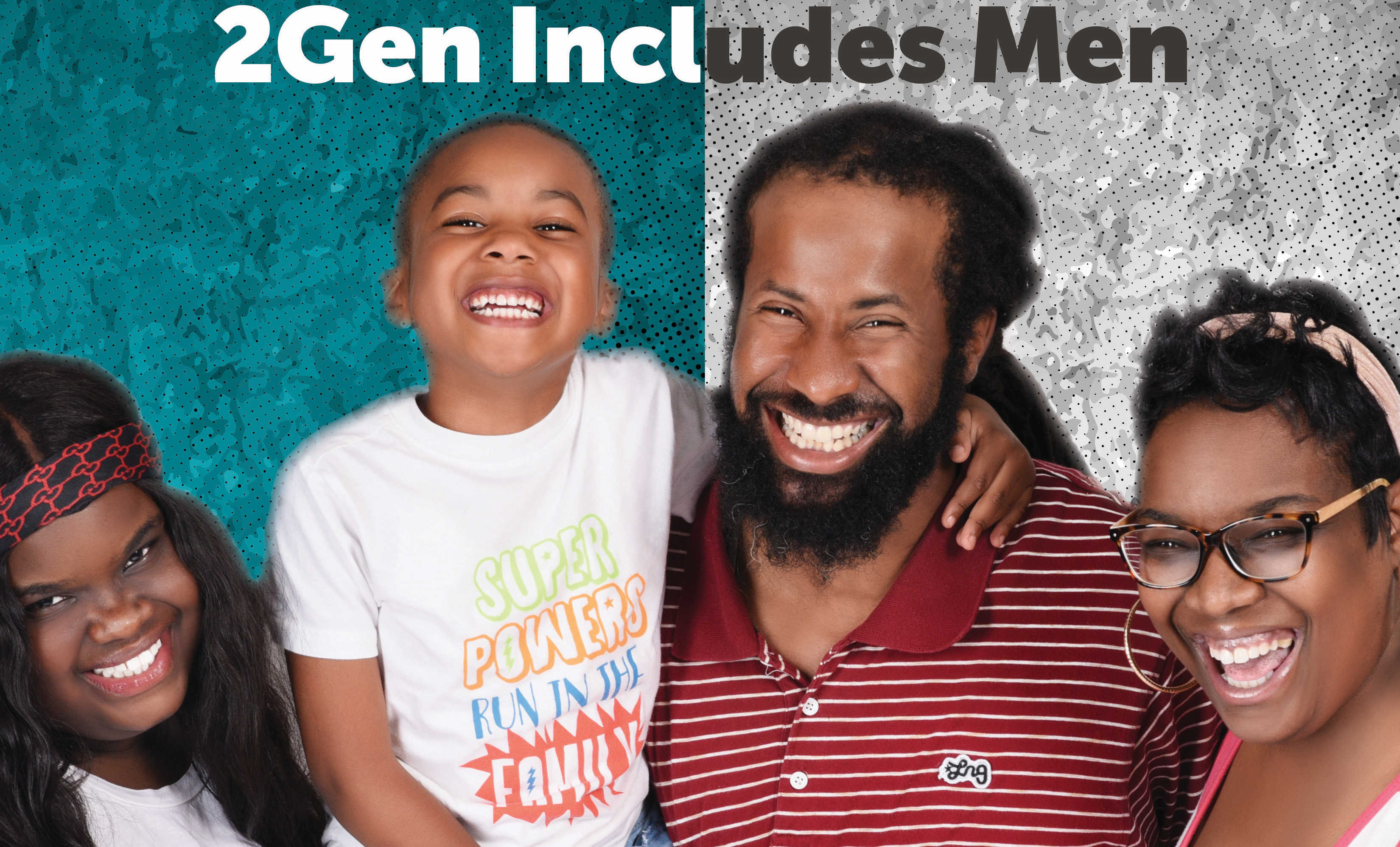 We want to do that in concert with what we call economically aspiring fathers and families. Jessica [Seinfeld] talked about the declarative statement that GOOD+ Foundation made to require all of their partners to emphatically engage fathers. They used to ask, ‘how do you do it [engage fathers],’ now it’s a must.

When I first started doing this work in the mid 1990s at the Baltimore City Health Department, our focus was to reduce infant mortality.

One of our primary strategies was to identify every pregnancy in Baltimore’s Sandtown-Winchester community. As we engaged those women, I said, ‘These women are pregnant, and they’re pregnant by someone, right?’ So I went back to the Health Department to say, ‘Hey, we should think about engaging dads as part of our strategy to reduce infant mortality.’ And they looked at me like, ‘Well, who are dads? What are dads?’

Fast forward to when Jessica mentioned that GOOD+ made this declarative statement that fathers have to be intentionally included in strategies with their partners going forward. A third of their partners decided that they could not – for various reasons – continue to be a partner if they had to engage dads. One of the partners actually said, ‘We don’t have dads in our community.’ That was 2018. So we’re still so far away from where we need to be.

When we talk about this missing urban infrastructure, fathers are left out of the equation. So as much as we try to make families, communities, and children whole, we are missing out on our ability to make sure that our children are surrounded by and having identities connected to both parents. Moms and dads play complimentary roles in raising our nation’s children.

We know it’s ideal if children can grow up in a two-parent household, but that’s not the reality for every family type. So part of our strategy has to be for those who decide to be together in the household – married or unmarried – and for those who decide not to stay together romantically. We still have to figure out what are the tools and techniques we’re going to use to work with those non-resident, non-romantic couples to help them focus on their child so that children are consistently engaged with their parents.

Our big idea also impacts policy. Let me give you a story. Raheem and Kesha go to the public welfare system because they need temporary benefits. The system says, ‘Kesha, you have to give us information about Raheem in order to receive these public benefits if you all don’t live together, and the system will automatically send him the child support [order].’

The amount of child support debt that is anchored around the necks of dads with low incomes is something that they will never be able to pay off in most instances. So one of the things we did was engage our child support office and dads in the community. Together, we co-designed an intervention that will allow fathers to participate in services at the [Center for Urban Families], and in lieu of paying on their debt, they could pay their regular child support orders. So if they owed 10, 20, or $30,000, over a two-year period, they could get that entire debt wiped away. That model has been passed over to our state legislature in the form of House Bill 1502, the STEP Up program, that is now a citywide pilot based off of us engaging fathers in the community.

2Gen includes men – that’s the campaign. How do we do this in a way that is based on respect and dignity, and not allow systems to strip the income, strip the dignity from people – whether that’s child support; student loans from proprietary schools that don’t have a job or career on the back end, and the debt can never be repaid; parole and probation orders that have fees; or red lining by the auto insurance industry where we can help a person get a car, but they can’t afford the auto insurance?

One of the things we did to help advance families in positions to think about stable housing, was partner with the Abell Foundation to create a fund for home ownership financing assistance. Through the fund, families can access $10,000 and a grant – not a loan – to become homeowners. [Raheem and Kesha] and their children are in the pipeline to be the next family to get a home ownership grant, so they can move into their own home, consistent with their economic ability to be there. 2Gen does include men.

Joseph T. Jones, Jr. is founder and CEO of the Center for Urban Families, a Baltimore, Maryland nonprofit service organization established to empower low-income families by enhancing both the ability of women and men to contribute to their families as wage earners and of men to fulfill their roles as fathers. Prior to founding CFUF, Joe Jones developed and directed the Men’s Services program for the federally funded Baltimore Healthy Start initiative and replicated the Baltimore affiliate of the nationally recognized STRIVE employment services program. Jones has received numerous awards and honors for his leadership and programming including the Johns Hopkins University Leadership Development Program’s Distinguished Leadership Award, an honorary Doctorate in Public Service from Morgan State University, the Walter Sondheim Public Service Award, the White House Champion of Change, and was a 2013 CNN Hero. Jones is a 2018 Aspen Institute Ascend Fellow.

Relive every second of the Forum and check out highlights:

Check out Ascend Fellows, Network Partners, and Family Prosperity Innovators’ big ideas to move families toward opportunity in 2019 here and how the 2Gen approach inspires their work here.