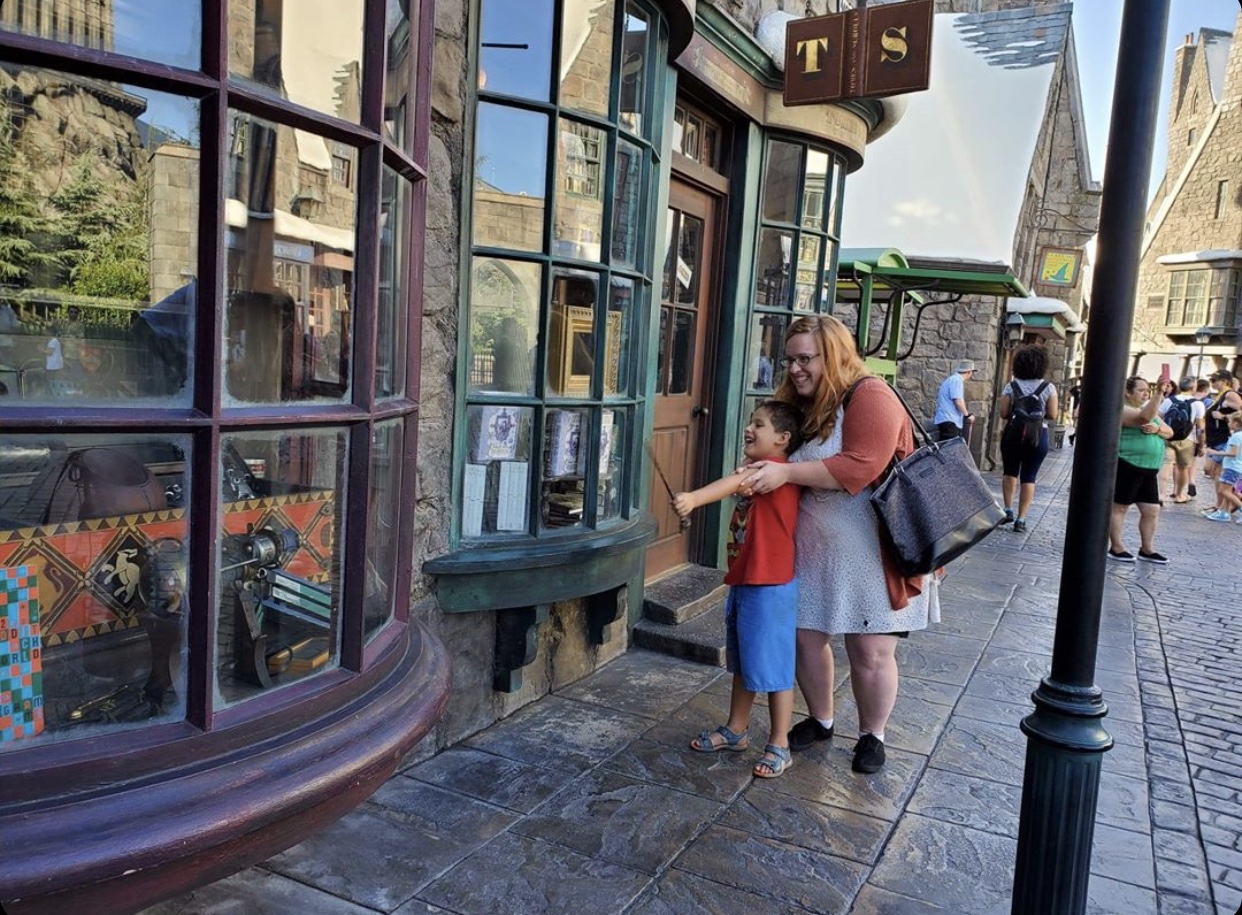 In the fall of 2019, I began my first year of law school as a single mother in a new state living in hotels with my son. Now, we are stuck at home hiding from a pandemic. We have effectively gone from houseless to only staying at home. In this blog, I want to share with you a glimpse of the year I have experienced, what it was like living in a hotel, some of the things that most people take for granted and perhaps are now understanding due to being quarantined. I will also explain how this has changed my idea of what home is, what my motivation is, and what systems I needed the most as a student parent that are not doing all they can to support students like me.

This time last year, I received a call from the University of La Verne College of Law in Southern California to tell me I had been accepted. The moment I hung up, I burst into tears. As a 28-year-old high school dropout living on Section 8, it was surreal to think I could have an opportunity to attend law school a year after graduating Oregon State University. As I sat on my bed in the only home my six year old had ever known, a mile away from my parents, it was terrifying to think we would leave our apartment in Oregon to move nearly a thousand miles away to a place where we would have no support network. But I couldn’t pass up this opportunity.

Due to the requirements of Section 8, I had to turn in my 30 days’ notice and travel to the area I was transferring to before finding a new apartment — this is how the system is designed. Rather than the short stay with a friend in the area that I’d envisioned, her lease requirements and the delay in housing culminated in four months in three different hotels. We’d stored most of our belongings, but each time I packed my son’s globe that projected stars on the ceiling and the bear he’d lay on the bed every night I did so with a tightness in my chest and my heart in my throat. As hard as it was on us, I know that we have been very lucky.

It was the little things that kept us going, I don’t know what I would have done without the pool access provided by the hotels. It provided a new place for my son to explore.  I spent many afternoons and evenings doing my coursework and apartment searches while sitting on plastic chairs eating vending machine snacks with one eye on the screen and one on my little merman.

Housing instability has a direct impact on nutrition in ways those who’ve never experienced it might not fully understand. We lived mostly on sandwiches and microwave food as both cooking and storing are issues poorly addressed by living arrangements meant to be fleeting. When I had the time between his school, my classes, our homework, and searching for an apartment (which on its own had become a full-time job) we would escape to the beach or explore sights in California. I attempted to keep every bit of normalcy I could by having routines and fun times, but nothing could distract my son from asking questions of when he would have the rest of his toys, or when we could have our dog with us again.

It was the ability to get away from our reality that kept us sane. The ocean was a place that was always there for us. Now in this time of pandemic it is a place we are cut off from. There are places outside of a building that feel like home to us. I think that yearning for a home you cannot access is something that people can understand more now. We are collectively homesick, and we are isolated from the people and places we love the most.

As I reflect on this year, there are systems I have found I needed the most that were significantly lacking. The most significant of which are on-campus housing and affordable after-school programs. My campus and many other campuses do not have established family housing, nor temporary family housing. The only housing resource I was provided by the institution was a website of listings.

The bulk of which were shared housing and not suitable for student parents, and, as I learned after calling every single one of them, none of the advertised listings would accept my housing voucher. I was fortunate to find a place for my son to place his globe and teddy bear and have our dog join us after only four months, however many others struggle with housing insecurity while pursuing their postsecondary education for much longer. Student parents are the only demographic not accommodated for on-campus housing.  No other population is barred from living on campus.

Another brick wall we ran into was lack of affordable after-school programs that my afternoon classes made a necessity. We cycled through having to ask family to help offset the costs while being waitlisted twice — once while living in hotels and again when we found an apartment. During that time, my son had to switch schools. Again, I know we were blessed that we had family and friends to turn to in covering the costs of care while on the waiting lists.

Having spent until midterms of my first semester houseless and been quarantined since midterms of my second semester, my son has experienced more adversity than I would have hoped. The struggles we have encountered are too numerous to include in this short blog, and finding an apartment brought its own issues. I want to take a moment to thank him. He is once again missing his classmates and is facing uncertainty about what our future holds yet every step of the way he tells me he wants me to do good. His most vocal concern with law school has been that I don’t wear enough suits.

I want to complete my Juris Doctorate to give back to my community through advocacy and policy work. I also hope that I can, finally, create a stable life for Ezra, my son. Right as we adjusted to campus life, we went to being in quarantine. Regardless of the uncertain future, I owe it to us both to continue to make any place our home. As a single mom, I know too well the fear of not being or doing enough. I worry that I’m being selfish or self-important in thinking that I will be able to leverage my education and experience into helping make the world a better place. But I have to hold on to hope that everything I am working towards will make things just a little better for us and for others who seek to advance their families through education.

Michaela Martin is a law student at the University of La Verne. She is also an Ascend Parent Advisor supporting the Aspen Postsecondary Success for Parents Initiative.