When I was attending the College of William & Mary as a teen mother, I was an anomaly. Not only because I was one of a very small group of Black students at the institution but also because I was raising my young daughter while putting myself through school. I saw more people who looked like me, and who were likely caring for a family, serving students in the cafeteria and maintaining the buildings – than sitting next to me in class.

In 2010, I founded Generation Hope, a nonprofit based in Washington, D.C. that helps teen mothers and fathers earn their college degrees while simultaneously helping their children prepare for kindergarten. We now also advocate for the needs of parenting college students across the country. Although our students may feel out of place on their college campuses, at Generation Hope 90 percent are students of color and all have been told that college was out of their reach because they are parents. We have built a strong, nurturing community of support. Our students are graduating at a rate that is slightly higher than the national average for all college students, nearly eight times the rate for single mothers nationwide, and nearly double the rate for students with low incomes.

But despite the generational positive impacts of a degree, nationally the number of parents who complete college is too low. Less than two percent of teen mothers complete college before age 30, and parenting college students of any age are 10 times less likely to graduate according to the Institute for Women’s Policy Research. This is not because they lack the ability or potential but because there are systemic barriers that at times make completing college nearly impossible, including racist practices that are baked into our educational systems.

So much of these practices boil down to an assumption about who belongs in a college classroom and who doesn’t, and that assumption is felt by students. When Generation Hope disaggregated the findings from our recent national student parent report on the higher ed experiences of this population by race, we found major differences in how students of color feel about their experiences in college. For example, 30 percent of parenting Black students felt unwelcome on campus, compared to 20 percent of student parents overall. Furthermore, 28 percent of Black students and 29 percent of Hispanic/Latinx students felt very uncomfortable disclosing their parenting status compared to four percent of their white peers. Black and Hispanic/Latino students were significantly more likely to report feeling discomfort with accessing mental health services on campus, with female-identifying students felt significantly more uncomfortable than their male peers. When we asked about financial aid, we found that 75 percent of student parents overall were unaware that their aid could be increased to account for child care costs, and that number increases to 79 percent for Black parenting students.

Until we take action on racist practices and the disparities that they create, we won’t see more parenting college students walking across the graduation stage. Creating change will require a multi-faceted approach, but there are a few key things that higher ed institutions can do to begin this work as it relates to student parents.

Acknowledging and embracing the fact that 40 percent of today’s college students do not fit the “traditional” mold is a good place to start, and noting that many are caring for dependents. In fact, 1 in 5 undergraduate students is parenting, and this population is disproportionately students of color. Even though parenting students have higher GPAs than their non-parenting peers, 53 percent leave college without obtaining a degree. Student parents are highly motivated to graduate and bring so many experiences and perspectives that can truly enrich institutions. We just have to remove the unnecessary barriers that get in their way.

Once colleges and universities embrace these realities, they should begin collecting data on their students’ parenting status and disaggregate the data by race and ethnicity. Better understanding their students’ needs and experiences and being armed with the numbers allows institutions to create action plans for ensuring that their services and instruction are accessible to and supportive of student parents. These solutions should always be crafted by and with student parents. Leaders at every level of college or university should be working alongside these students to implement action plans. Diversity in positions of power is key to ensuring that decisions from hiring to how students are served reflect and consider the community.

We include these and other recommendations for institutions in the top findings from our national student parent survey.

Today, I still find myself as the only person of color in a room or the only speaker on a panel who has actually been homeless or balanced parenting with studying for a final. As a Black female founder in the nonprofit space, I am once again an anomaly. Too few leaders of color sit in the executive director or CEO role of nonprofit organizations – in fact, for the past 15 years, the number has remained less than 20 percent. But I – like so many other leaders of color whom I learn from every day – am committed to making myself less of a rarity. We have a lot of work to do.

I hope you will join us.

Nicole Lynn Lewis is founder and CEO of Generation Hope. She is a National Advisor with the Ascend Postsecondary Success for Parents Initiative and the author of the upcoming book “Pregnant Girl” to be released in Spring 2021.

Photo above of Nicole (right) with staff provided by Generation Hope. 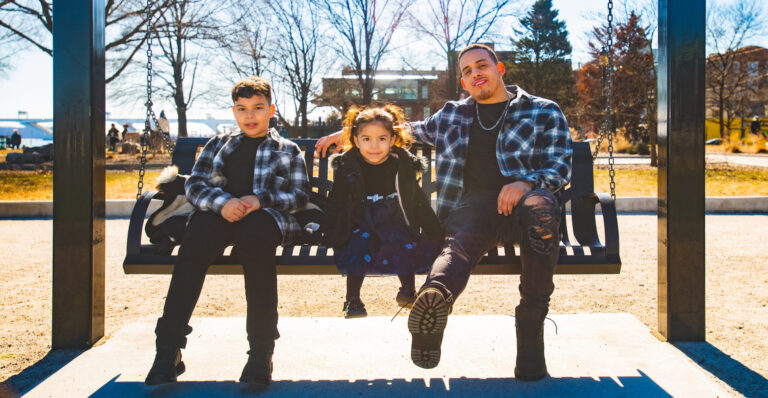 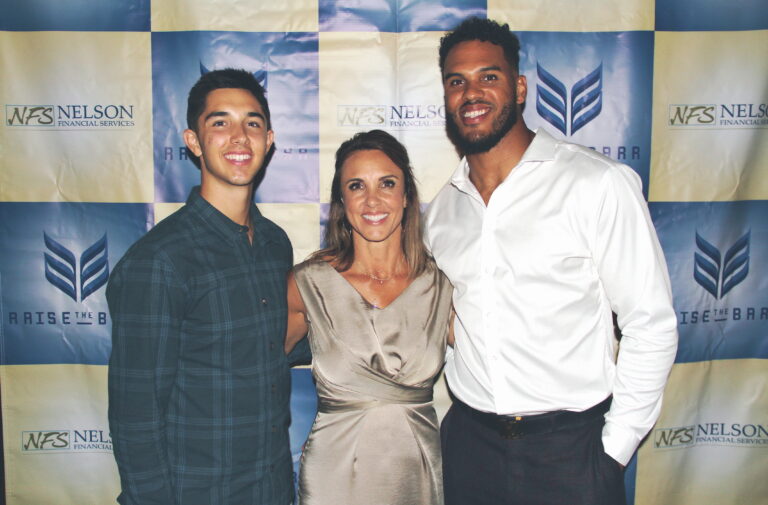 ‘1 in 5’ Episode 7: Meet Lori Barr
Lori Barr and her son, Anthony Barr are the co-founders of Raise the Barr, a philanthropic organization focused on increasing opportunity and economic mobility for low-income single parents and their children through education in Minneapolis and Los Angeles.
Read More
Aspen Postsecondary Success for ParentsMarch 29, 2021
Featured from the Ascend Community