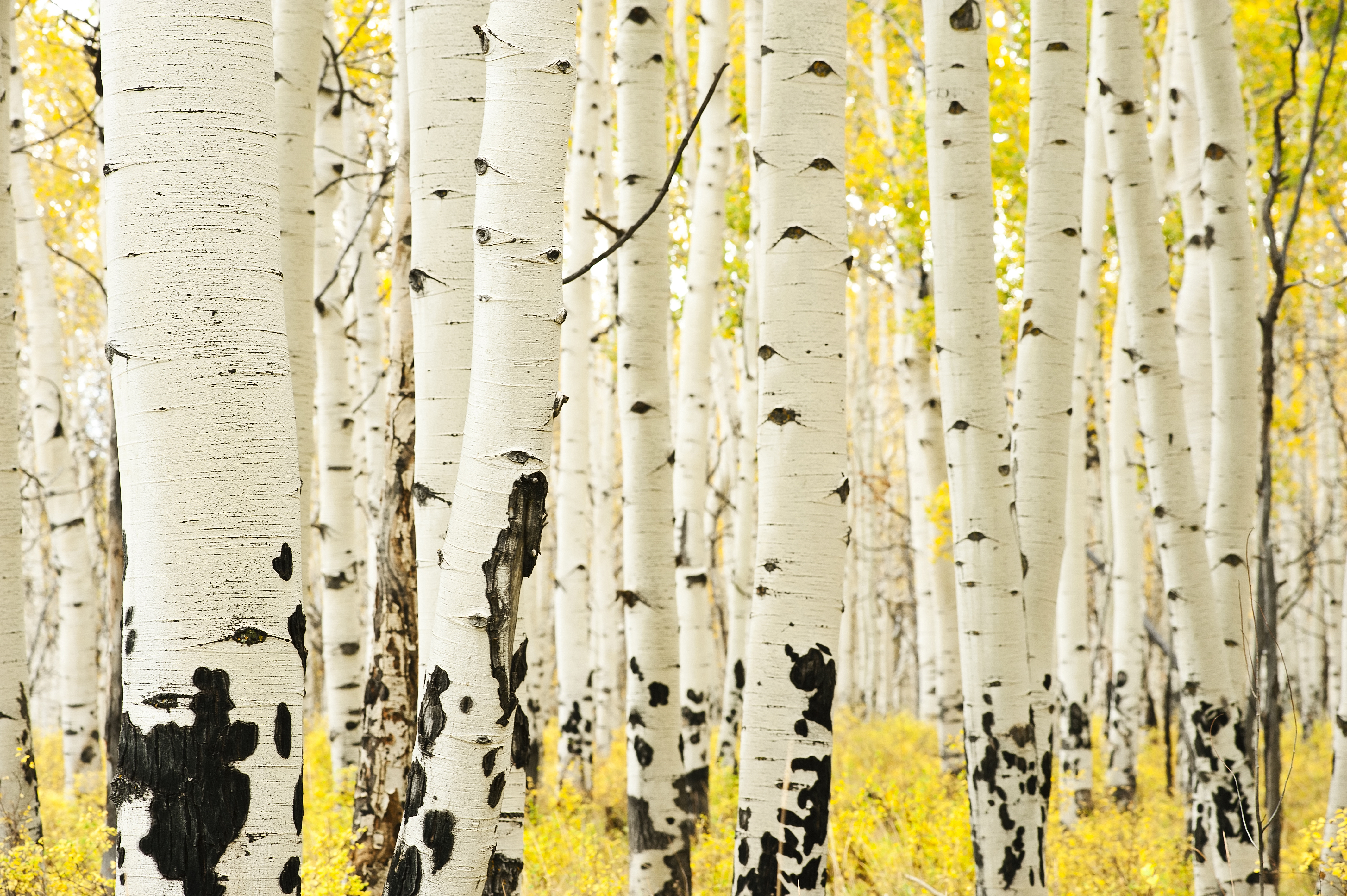 A two-generation (2Gen) approach builds family well-being by intentionally and simultaneously working with children and the adults in their lives together. Anchored in equity and informed by parents’ lived experience, 2Gen approaches aim to result in stronger and better outcomes for the entire family.

For nearly a decade, state and local entities have leveraged various federal programs and funding streams to integrate systems and services through the 2Gen approach. Much of this work is moved and managed by 2Gen Coordinators within state systems.

“2Gen Coordinators” are multidisciplinary agents of change who work from within state systems to breakdown silos, build relationships, link and optimize programs and funding, and shift paradigms through a 2Gen approach for improved whole family outcomes.

These individuals are housed within various departments and offices and often interface with frontline staff and varying levels of state leadership, the Governor’s office, the legislature, federal, national and community partners, and families. Their experience, with and in proximity to frontline challenges and innovations, make their perspectives and insights invaluable.

In May 2019, Ascend at the Aspen Institute launched the Aspen Two-Generation Coordinator Community of Practice (2GCCP) to create space for peer-to-peer learning opportunities, while lifting-up local and state level practice and policy solutions that drive the 2Gen field forward. While the Ascend Network is comprised of over 400 organizations from 50 states and the District of Columbia (DC) and Puerto Rico, Ascend targets 12 states and DC given the breadth and depth of 2Gen approaches at the state systems level.

Ascend’s “target states” include Colorado, Connecticut, Georgia, Hawaii, Maryland, Minnesota, Mississippi, New Jersey, Oregon, Tennessee, Utah, Washington State and the District of Columbia. The 2GCCP is comprised of coordinators from six of Ascend’s “target states” that are leading the charge to make the 2Gen approach a standard practice.

These states include Colorado, Connecticut, Hawaii, Maryland, Tennessee, and Washington State. Though “2Gen Coordinators’” titles and range of responsibilities vary by state, each of them plays a critical role in driving systems change for stronger and more equitable outcomes for families.

Members of the Aspen Two-Generation Coordinator Community of Practice

Christina Church is the Two-Generation Program Officer for the state of Maryland. She reports to the Secretary of the Department of Human Services. Christina coordinates service delivery for whole families and is the primary liaison for coordinating activities among the Lt. Governor’s Office, state agencies, Local Departments of Social Services, philanthropic organizations, businesses, and nonprofits. Christina previously served as a Senior Policy Analyst supporting the Maryland Children’s Cabinet. She is proud to call Baltimore home.

In April 2019, Chelsey Hall accepted the position of Two-Generation Manager for the Colorado Department of Human Services. In this role, Chelsey leads community and family engagement for the Department and facilitates the Department’s Family Voice Council (FVC) made up of 20 community members with lived-systems experience. FVC members are diverse in gender, age, race, ethnicity, socioeconomic status, sexual orientation, abilities and represent all services CDHS provides. The mission of the Council is to lift voices of the family advocating for more equitable and accessible human services for all. The Family Voice Council meets monthly to listen, learn, give feedback and ultimately effect positive system change.

Prior to this recent change in roles, Chelsey served as the Grant Development Specialist at the Office of Behavioral Health where she was responsible for federal reporting, application preparation and engaging stakeholders for all behavioral health grants totaling over $70 million annually. Chelsey is originally from Joplin, Missouri where she was involved in recovery planning following the 2011 tornado, which focused on substance use and domestic violence prevention after the storm. Chelsey holds a Master’s in Public Health from Missouri State University and finds fulfillment in boosting workplace morale, visiting with families and taking a holistic approach to serving the people of Colorado.

Katherine Korenaga is the Community and Project Development Director for the Hawai‘i Department of Human Services (DHS). She is leading the 2Gen or ‘Ohana Nui (loosely translated from Hawaiian meaning “extended family”) approach to providing children and families with opportunities to thrive. With over 20 years of experience in the healthcare system she led and supported programs at Shriners Hospitals for Children – Honolulu, St. Francis Medical Center, Hawai‘i Medical Center East, St. Francis Healthcare System of Hawai‘i, and Healthcare Association of Hawai‘i. Her career includes working with systems that address the social determinants of health and poverty as well as involvement with continuous system and process improvement, and partnering with internal and external stakeholders on a local and national level. In addition, she has an important client perspective of DHS, as she navigated the system to help her special needs son receive various programs and services.

Dr. Lori Pfingst is a Senior Director for Economic Services Administration in the Washington State Department of Social and Health Services (DSHS|ESA). In this role, Lori oversees the research, communications, outreach, and development needed to achieve ESA’s 2025 goal of reducing poverty by half in a way that achieves equity. She recently transitioned from her role as Chief of Programs & Policy for ESA, in which she managed the state’s major social benefit programs.

A data geek and lifelong advocate for economic and social justice, Lori’s body of work has spanned a broad range of areas, including poverty, income inequality, labor markets, early learning, criminology, and epidemiology. She is a published author and storyteller, using the power of data paired with community voice to foster long-term, systems-level policy and program change for children, families, and communities throughout the state.

Lori is a 2018 recipient of the Aspen Institute’s Ascend Fellowship, which is supporting her work to build greater public-private alignment to advance intergenerational child and family well-being across Washington state.  Prior to joining DSHS|ESA, Lori was the Research & Policy Director for the Washington State Budget & Policy Center, where she worked on advancing social, economic, and fiscal policies to strengthen the foundation of opportunity all Washingtonians need to thrive. Earlier in her career, she served as a Research Scientist with Public Health-Seattle & King County and was the Assistant Director of Washington KIDS COUNT in the Evans School of Public Affairs at the University of Washington.

Lori received her PhD in Sociology from the University of Washington in 2010.  A proud native New Yorker, she migrated west after college and settled in Seattle, where she has lived for the past 20 years exploring the beauty of the Pacific Northwest and enjoying time with family and friends.

Rosa Rada is the Statewide 2Gen Coordinator for Connecticut, based out of the Connecticut Office of Early Childhood. She works with all three branches of state government, the private sector, parent leaders with lived experience of poverty, and regional and federal partners on advancing the 2Gen, or whole family, approach. Connecticut’s 2Gen efforts are coalition-based and focus on advancing policy and systems change. As the state’s 2Gen Coordinator, Rosa organizes and leads the 2Gen Advisory Board of the legislature and its associated policy work groups that focus on a range of issues, such as redesigning public benefits to mitigate the “cliff effect,” aligning child care and workforce systems, and integrating racial equity and parent voice into policy design and administration. Rosa is Connecticut’s liaison for the Administration for Children and Families’ Whole Family Approach to Jobs partnership, a public-private partnership across the six England States and the Federal Reserve Bank.

Karen currently serves in Tennessee State Government in the Department of Human Services (DHS). In her current capacity as Director of Family Assistance Contracts and Two-Generation Frameworks, Karen plays a pivotal role in contract development for over 60 contracts that supports Tennessee’s Temporary Assistance to Needy Families (TANF)-Families First and Supplemental Nutrition Assistance Program (SNAP) programs. Additionally, Karen oversees the department’s two-generation approach service delivery model, with the goal of reducing poverty and closing the gaps in social determinants of health, educational success, and economic security through two-generation solutions to help low income families of Tennessee thrive. Through this wholistic parent-child 2Gen framework, the Department is collaborating with nearly 30 community and government partners across the state to create innovative services to give families a “double boost” in their efforts to achieve economic success and stability.