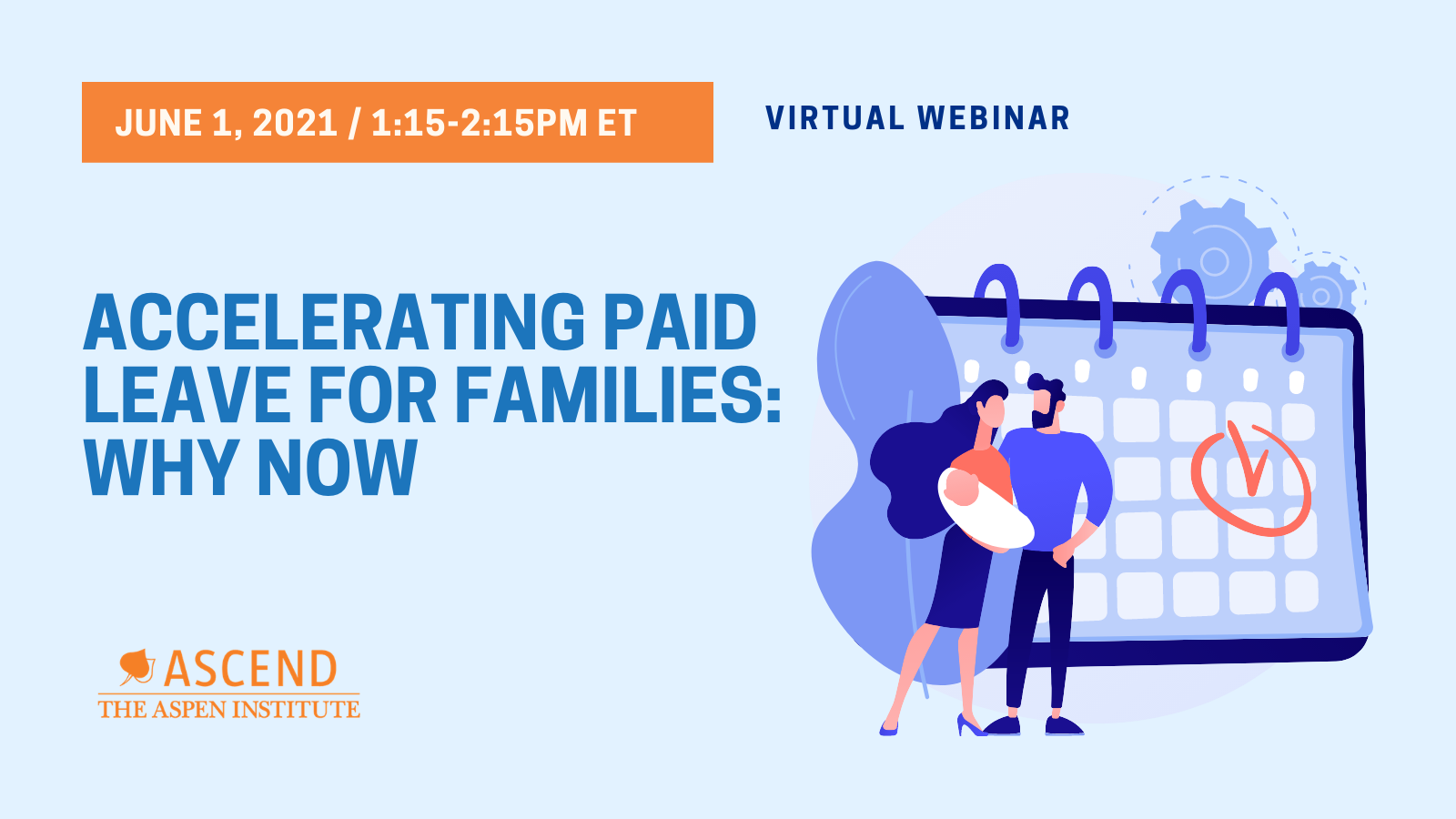 On Tuesday, June 1st, 2021, Ascend at the Aspen Institute’s Family Prosperity Innovation Community hosted a panel discussion about the recently proposed federal legislation on paid leave. This webinar presented how and why this proposed legislation matters and shared opportunities to advance paid leave locally and nationally. 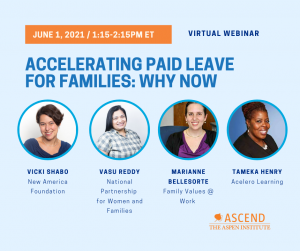 Do you have any guidance on data that demonstrates for employers the return on investment of paid leave?

Data from the private sector:

How does the current momentum for expansion of government resources as a whole impact the effort to get paid leave passed? Does it worry you or work against this effort that some feel that government is expanding too fast?

I would not think about this as “expansion” of government as much as making government more reflective and responsive to the needs of the workforce. That’s why more than 300 business and management school professors from 139 schools and 41 states + D.C. have urged public investments in national paid family and medical leave, why very traditional economists like Alan Blinder have advocated for public investments in paid leave and child care/Pre-K as important supply side economic policies and why management consulting and economic analysis firms like Moody’s, S & P and McKinsey all predict GDP growth from investments like paid leave.

Paid family and medical leave and other policies that recognize that caregiving supports are essential for parents and any other people with caregiving responsibilities to be part of the workforce have been ignored for too long, based on the devaluation of unpaid care and care work generally, incorrect and misogynistic gender stereotypes and a perpetuation of free market principles that have never actually worked for middle- and lower-income people. Gender, racial and economic inequality have resulted from this, and GDP has suffered too.

The public is overwhelmingly supportive of new public investments and guarantees for paid family and medical leave – this was true before the pandemic and remains true now in national and battleground state surveys. It’s true among small businesses too. People want government investments to reflect their needs and there are arguably few policies that – like paid leave – can touch nearly every household in America at one or more times in people’s lives.

Are there employer coalitions we can be part of as nonprofit employers to support this work nationally?

Are there loopholes/any issues with the current federal proposed legislation that organizations that serve working families with low incomes should be aware of/addressing with their elected officials?

Building momentum for job-protection is probably the greatest need right now because the federal Family and Medical Leave Act, the country’s unpaid leave law, excludes 44% of workers and disproportionately those who are Black and Latinx, low-wage and single parents – and post-pandemic, probably women too. We may need to continue to fight for this even after the passage of a jobs and infrastructure package because of certain limitations in the rules related to the way that package would likely move through Congress. Right now, though, the most important thing for advocates is to underscore the key pillars of policy: all FMLA purposes, progressive wage replacement, expanded definition of family and job protection – all of which are key policy features that reflect the needs of working families with low incomes. The Biden and Neal plans include the first three of these features.

Job protection is incredibly important, along with the key pillars for mentioned. Also, need for states to keep the programs they’ve created along with the ability to add to them. Existing programs are also referenced in the FAMILY Act and the Neal plan.