Laurie Miller Brotman
NYU School of Medicine
New York, NY
Dr. Laurie Miller Brotman is the Bezos Family Foundation Professor of Early Childhood Development and professor of population health and psychiatry at the NYU School of Medicine. She is also the director of the Center for Early Childhood Health and Development in the Department of Population Health at NYU Langone Medical Center. Dr. Brotman is the developer of ParentCorps, a family-centered, school-based universal early childhood intervention for low-income, minority children.

Carter grew up in the Rondo neighborhood as the son of one of Saint Paul’s first black police officers, and a teacher (who now serves as a Ramsey County Commissioner). He attended Saint Paul public schools, ran track at his neighborhood rec center, and graduated from Central High School. He currently lives blocks away from where he grew up with his wife, Dr. Sakeena Futrell-Carter, and the youngest three of their five children.

Carter has been working to engage, enfranchise, and uplift people not only in Saint Paul, but also across the state and nation. Most recently, he served as Executive Director of the Minnesota Children’s Cabinet, advising Governor Mark Dayton on early childhood policy. Prior to joining state government, Carter represented Ward 1 on the Saint Paul City Council from 2008 to 2013.

In the run up to his campaign for Mayor, Carter spent a year in conversation with neighbors through a series of listening sessions called Imagine Saint Paul. His unconventional campaign focused on grassroots organizing and earning support from every corner of the city. 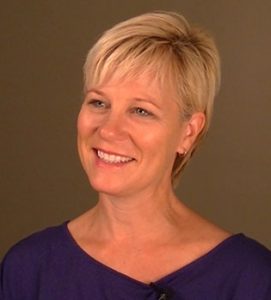 Betsy Delgado
Goodwill of Central and Southern Indiana
Indianapolis, IN
Ms. Betsy Delgado is vice president of Mission and Education Initiatives at Goodwill of Central & Southern Indiana. Goodwill’s approach links value-added resources that include access to education, employment, and health services for first-time parents that many families need to begin breaking the cycle of poverty. 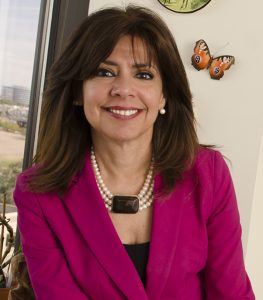 Raquel Hatter
Kresge Foundation
Troy, MI
Dr. Raquel Hatter is the deputy director of human services at the Kresge Foundation, which supports the advancement of human services organizations to accelerate social and economic mobility for people with low income. Previously, Hatter served as commissioner of the Tennessee Department of Human Services where she identified ways to improve the outcomes for individuals and families across various support systems including child support, TANF, SNAP and vocational rehabilitation.

John Hudson III
Alabama Power
Birmingham, AL
Mr. John Hudson III is senior vice president of marketing and business development for Alabama Power. Alabama Power provides the valuable combination of competitive prices, reliable electricity supply and unparalleled service to more than 1.4 million homes, businesses and industries. Hudson previously served as president of the Alabama Power Foundation, which was created in 1989 to bring good to all Alabamians and all corners of the state.

Kevin Jordan
Local Initiatives Support Corporation
Washington, DC
Mr. Kevin Jordan is the senior vice president for national programs at the Local Initiatives Support Corporation (LISC) and directs their Family Income and Wealth Building work. LISC equips struggling communities with the capital, strategy and know-how to become places where people can thrive. Through its 30 locations across the country, LISC invests in housing, health, education, public safety and employment simultaneously to break the cycles of poverty in communities.

Kirsten Lodal
LIFT
Washington, DC
Ms. Kirsten Lodal is the Founder and Senior Advisor of LIFT. Each year LIFT helps thousands of people in its centers in Boston, Chicago, New York, Los Angeles, Philadelphia, and Washington, DC. build the strong personal, social, and financial foundations they need to get ahead. LIFT’s model allows families to gain the confidence they need and tap into a network of support to get on-and stay on-solid ground. Since its inception, LIFT has served more than 100,000 families across the nation. 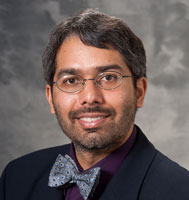 Dipesh Navsaria
University of Wisconsin School of Medicine
Madison, WI
Dr. Dipesh Navsaria is an associate professor of pediatrics at the University of Wisconsin School of Medicine and Public Health. He practices primary-care pediatrics at a community health center working with underserved populations. He is also deeply involved in Reach Out and Read, an initiative that makes literacy promotion a standard part of pediatric primary care, so that children grow up with books and a love of reading. He is also involved with early brain and child development leadership with the American Academy of Pediatrics and public health education with medical students. 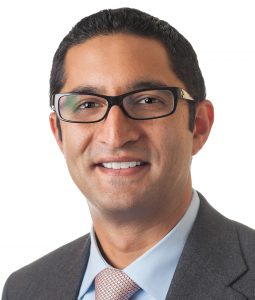 Darius Tandon
Northwestern University Feinberg School of Medicine
Chicago, IL
Dr. Darius Tandon is an Associate Professor at the Northwestern University Feinberg School of Medicine where he is also the Associate Director of the Center for Community Health within the newly created Institute for Public Health and Medicine.  Much of his recent work has focused on the development of mental health interventions aimed at preventing the onset and worsening of depression among low-income mothers in home visitation programs.

Sarah Enos Watamura
University of Denver
Denver, CO
Dr. Sarah Enos Watamura is an Associate Professor of Psychology at the University of Denver where she directs the Child Health & Development Lab and co-directs the Stress, Early Experience and Development (SEED) Research Center. She has longstanding interests in children’s physiologic regulation, their development within caregiving contexts, and in understanding mechanisms and trajectories from early life stress to later physical, mental health, cognitive/educational, and socio-emotional outcomes. Her work examines the unique stressors and buffers in families experiencing poverty and among newly immigrated families, and includes testing promising intervention approaches.

Roxane White
Strategy with Rox
Washington, DC
Ms. Roxane White is the Founder of Strategy with Rox. She previously served as Morgridge Innovator in Residence with Ascend at the Aspen Institute and is the former president and CEO of Nurse-Family Partnership, which is a maternal and early childhood health program that fosters long-term success for first-time moms, their babies, and society. Skilled in management of large, complex organizations and focused on outcomes, she was previously chief of staff for Denver mayor and then Colorado Governor Hickenlooper. Prior to that, White was head of the Denver Department of Human Services and Medicaid.